Here at Kickbike Australia we’re on a mission! We want the whole country to know the health and fitness benefits of our scooters. And just how much fun they are. 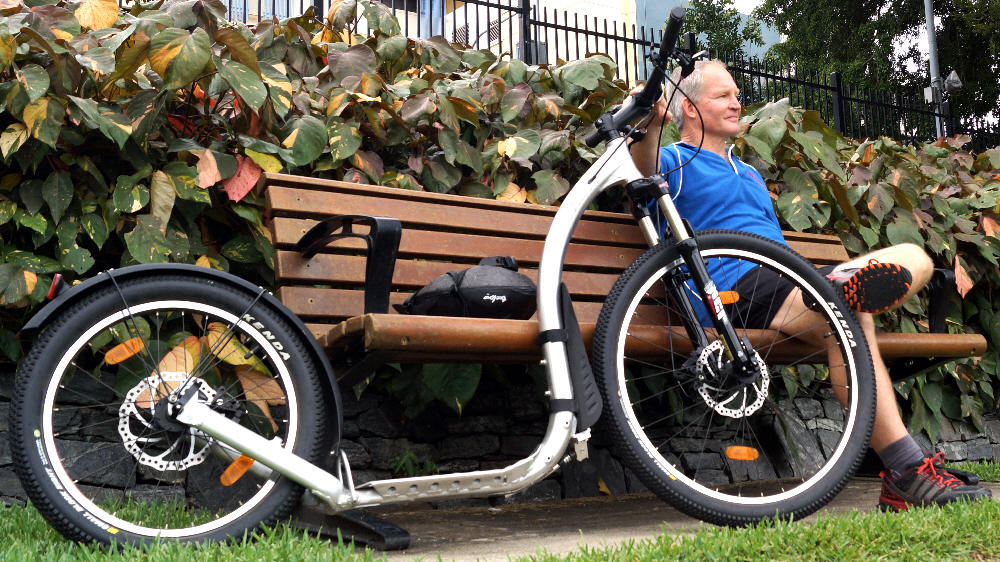 In fact, we say they’re the most fun you can have on two wheels, for adults and children!

Adventure sport enthusiast Bruce Cook (left) began selling Kickbike adult scooters in Australia in 2002 after the good folk at Kickbike in New Zealand sent him one to try.

Since then 2700 Aussies have joined him as devotees of the Finnish-designed adult scooters.

The more the merrier

Bruce is also dedicated to aiding and encouraging the vibrant Kickbike community in Australia. He helps connect enthusiasts Australia-wide so they can organise competitive events and social “kicks” or rides.

If you want to meet up with fellow Kickbikers in your area, simply flick us an email or give us a call to register your details and we’ll alert you when something’s happening nearby.

We can also pass on your contact details, to local Footbike event organisers, if you instruct us to. This would be events for other Footbikers as well. Remember that Kickbike is a brand of Footbike.

OK, now you know all about us we’ve gotta scoot. Hopefully you do too, so please check out our great Kickbike range.

Kickbike for Fun and Fitness in Australia

A KICKBIKE adult scooter is the most fun you can have on two wheels.

Check out our great range

World recognised Sport Performance Physiotherapist talks about why Kickbikes are great for you.

In my 30 years as working as a Sports Physiotherapist in elite sport, I have come across many useful and not-souseful rehab tools. The Kickbike definitely falls into the ‘useful’ category. We used Kickbikes back in the early 2000’s at the Brisbane Lions AFL club as part of our rehab process for a number of injuries. The loading and motor patterning associated with riding the Kickbike had very useful stability and propulsion components: the stance leg load stimulated glut, core and spinal stability (in a functional posture), and the propulsive leg action activated glut, hamstring and calf muscles with minimal impact loading.

This combination of central stability; postural setting and control; limited impact glut, hamstring and calf activation and the capacity to vary the load/speed makes the Kickbike a great rehab tool in late stage rehab for any lower limb injury that affects these parameters. Obviously, the capability to add aerobic loading is also an extremely valuable component of using the Kickbike: both from a rehab and conditioning perspective. The Kickbike is an excellent conditioning advice for all but is extremely beneficial for people who can’t run (due to the shock/impact issues) or ride a bike (neck/low back posture issues) as it allows for conditioning and stability exercise in a posture and with an intensity that can be tolerated.

We would be delighted to answer any questions you have about Kickbiking. Simply leave a message in the easy form below and one of our friendly team members will get back to you shortly. 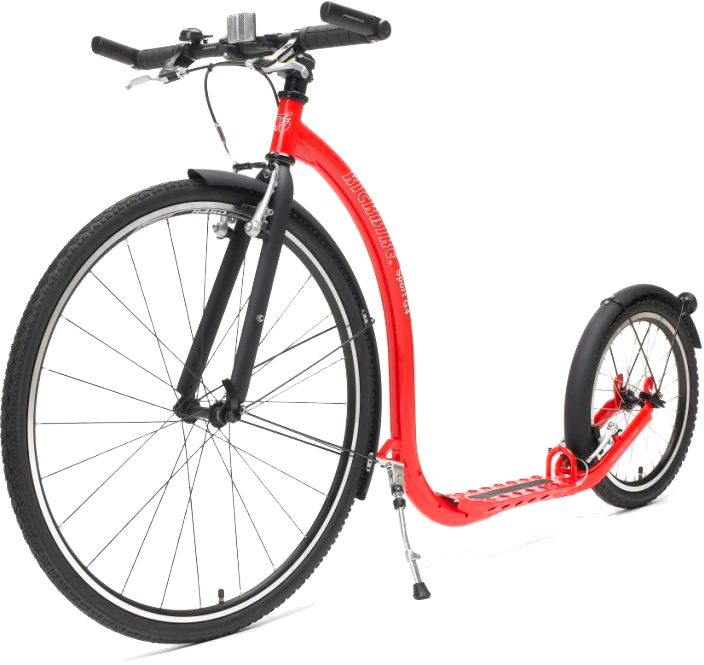 The Global shortage of Bike parts is affecting the restocking of our out of stock items. We hope to replenish these stocks soon, and appreciate your patience in the meantime. Dismiss